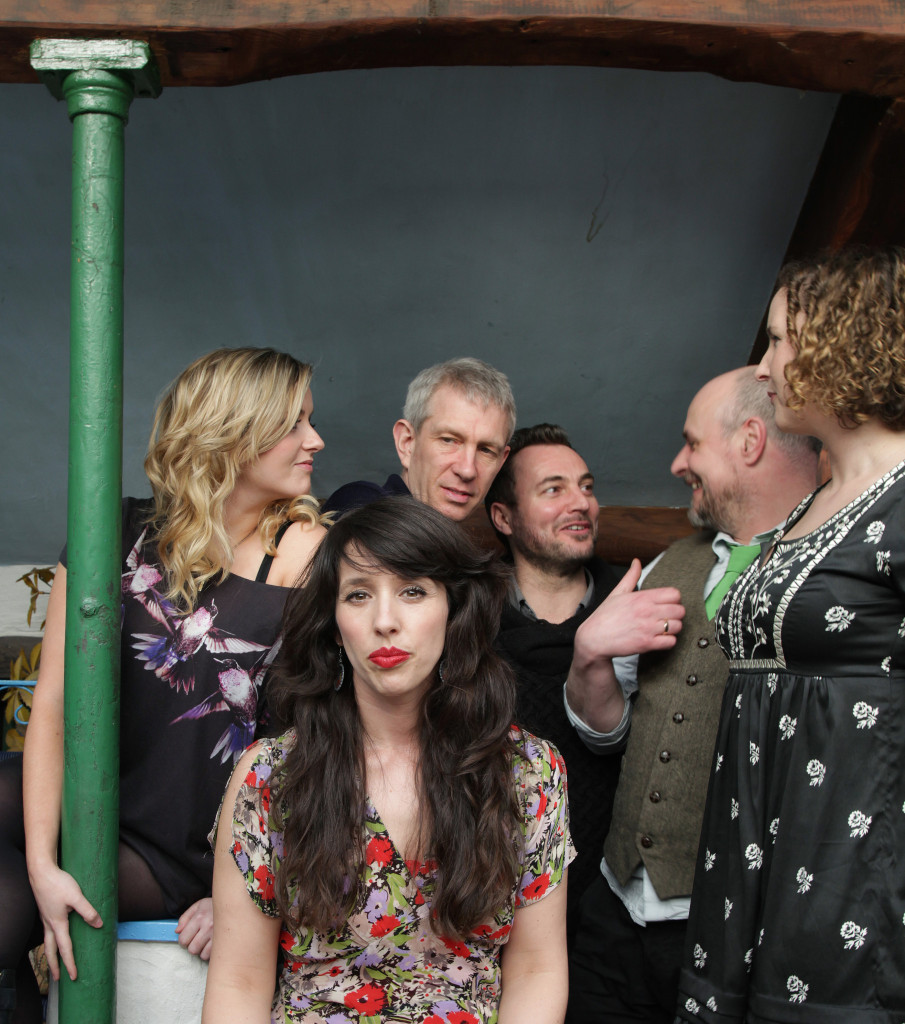 Formed in 2005 thanks to a chance meeting between Lisa (also known for her work with Gruff Rhys ) and Martin, the name is a play on numbers and words. Lisa: “9 is as in Nain, (pronounced nine), which means grandmother in the North of Wales, Bach means little and is also a term of endearment in Welsh. In one language 9 is something so mundane as a number, but in Welsh Nain is a cozy, family orientated lovely thing: your grandmother is a person we can relate to and visualise.”

9Bach made their name by taking traditional Welsh Folk songs and recasting them onto a spectral and haunting sound canvas. Their first album 9Bach, released in 2009, was a dark and twisted journey, which created a new stark sound.

Jump forward to 2015 and Tincian, the band’s second album, has been nominated in the ‘Best Album’ category in the BBC Radio 2 Folk Awards. An atmospheric, emotional record that reflects their home environment of Gerlan, North Wales. Tincian is the perfect description: an allusive, mercurial Welsh word with several meanings that travels through time and space.

The ten songs on Tincian (nine of which are Lisa’s own compositions) though written and sung in Welsh/Cymraeg and arranged in the folk tradition, also tap into elements of dub and rock, taking an unconventional and universal approach to form, reflecting 9Bach’s view of themselves as internationalists. They want to take the experience and the culture of North Wales out to a wider audience, citing Super Furry Animals’ highly successful Mwng album as an inspiration.

The result is an atmospheric, evocative and emotional hybrid of the folk tradition and contemporary influences. Building on a deepened, almost ambient sound-picture, the songs take you into the landscape and the emotions that it evokes.

Critical acclaim for the album Tincian:

“Anyone who has gently come down to the strains of Massive Attack, Air or Portishead will engage with the vibe on offer here.” ‘Essential New Releases’ – Sunday Times Culture

“File next to Super Furries’ Mwng as a landmark album for Welsh-language pop.”
**** Mojo

“9Bach’s music is ripped through with transcendence; a brooding melancholy as much as a gossamer dreaminess.” Line Of Best Fit

“Lisa Jen has a voice of mountain-brook purity.” Metro