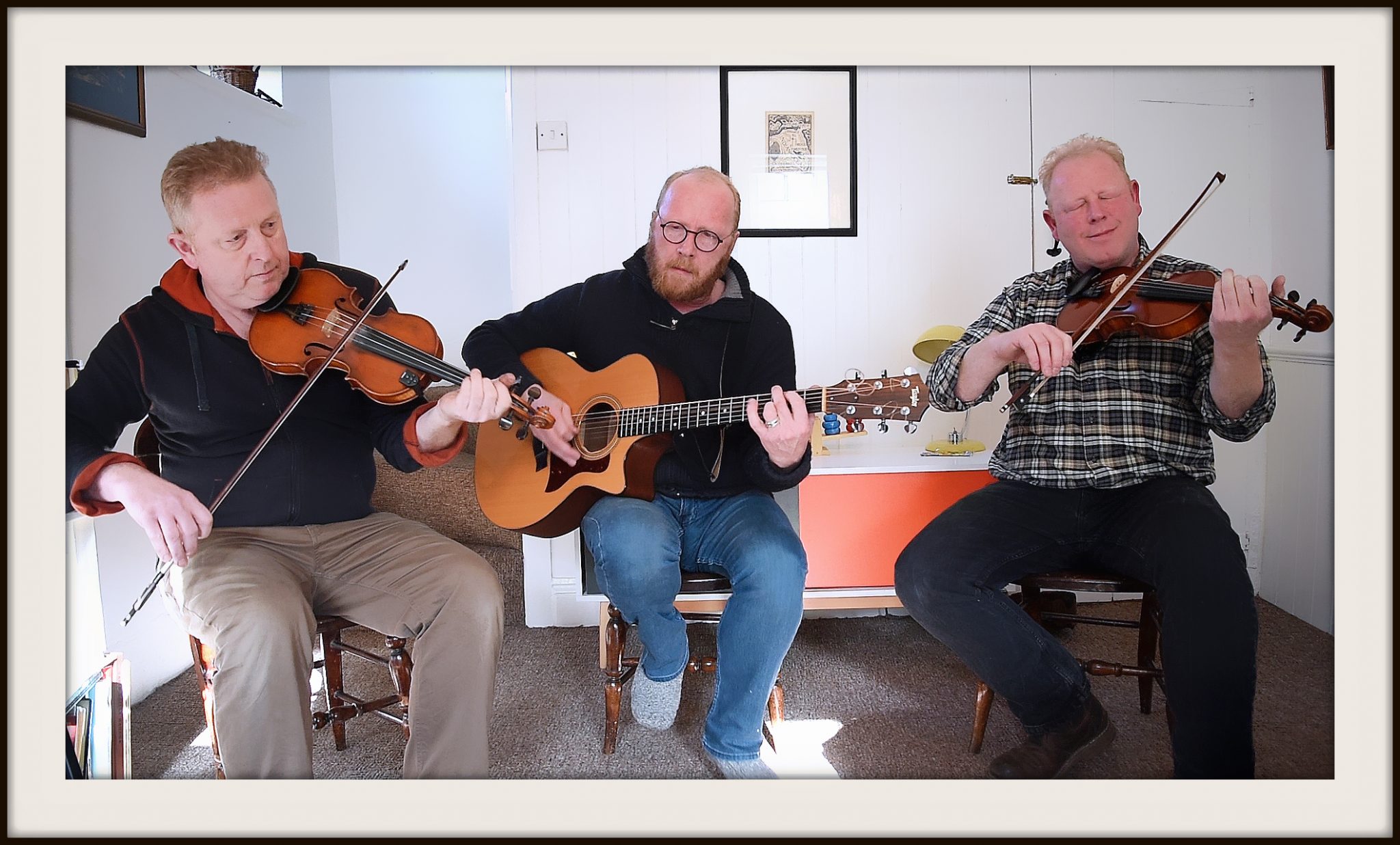 The KilBride Brothers are deeply rooted in Wales’ traditional musical landscape. Growing up with musical parents in a house full of musical instruments, the brothers started playing and performing at an early age. After a brief spell as proto-punks in their teens, and experimenting with various other musical styles in their twenties, they eventually settled on traditional music.

Nowadays, with two fiddles and an acoustic guitar, the KilBride Brothers play lively traditional Welsh dance tunes with contemporary influences. In the true spirit of a living aural tradition they play their own, often unique, versions of traditional Welsh melodies, and accompany them with rich harmonic and rhythmic references to other genres such as rock and pop. Music lovers may recognise a nod to, amongst others, the Steve Miller Band, Diana Ross, even Michael Jackson. They have been described by Radio Wales as “creating skyscrapers in sound”.

Aside from playing together as a trio, each of the brothers has individually made an enormous contribution towards traditional music in South Wales – they have performed with literally dozens of bands, contributed towards more than 50 professional CDs, and made numerous television and radio appearances. More recently moving from in front to behind the cameras in producing a number of music television and theatre projects. Some notable examples of their works include:

As musical performers, composers, tutors and entrepreneurs over several decades, the KilBride Brothers have influenced a whole new generation of traditional musicians in Wales. No showcase of Welsh traditional music would be complete without them.

Please consider making a donation to help us to continue and improve the site and service.

You can help us here via paypal.